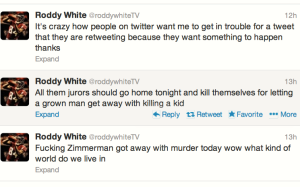 In 2008 my mother took her own life. Ever since, her decision has put me on an arduously ineludible road where everyday I try hard to understand, deal with, cope with, and ultimately accept with guarded yet hopeful forgiveness, the chasm her death has created. Within that journey are the ever-present opportunities for personal growth, even if I can only see them for what they are in retrospect. Everyday I strive to improve upon my understanding of the complex and heavy situation given to me in the hopes that I’ll come out of this, and in doing so, show others shouldering the burden of similar pain life is still beautiful; the struggle is worth the strife. Believe me when I tell you I feel much akin to Sisyphus – the Greek king punished for his hubris through the perpetual rolling of a boulder uphill, only to have it roll back down when he gets close to the top, forever repeating the act in a vexatious loop.

My mother’s suicide is my boulder; the precipitous incline is the culmination of the social stigma, the pain of her loss, the guilt, the denial, the betrayal, the struggle to understand, the self-blame… and when it all gets to be too much, the gravity of the situation pulls me back down again.

Yesterday, because of the harsh words of another spoken in naked pique, I watched my boulder roll down that hill again. Seeing those words so carelessly thrown around really hurts. I sat down after seeing the tweet and reflected on the degrees that I thought separated me from the George Zimmerman v. State of Florida verdict – the case involved two strangers in a far-away state I’ve only twice visited. I’ve held a gun only a handful of times. I grew up in Brooklyn and I don’t currently live in a gated community. I’m not a black youth nor am I a Hispanic man. I’ve never witnessed a violent crime. I should be so far removed if not for my interest in the case and empathy to the families.

When Atlanta Falcons wide receiver Roddy White implacably tweeted: “All them jurors should go home tonight and kill themselves letting a grown man get away with killing a kid,” he facilitated and condoned the very violence that flared his emotions in the first place. No matter what you thought was right and just or whom you thought was wrong, no matter if you were for the defense or for the prosecution, no matter your opinions on the racial implications of the case, a loss occurred. A young man in his prime lost his life. A mother and father lost their child. A sibling lost his brother. Can’t we just stop the violence there? Why must encouraging suicide be the visceral reaction? The Seminole six jurors have families. They are mothers and daughters. Sisters and wives. They did what they were asked to do by society under due process of the law and they delivered a verdict after long (16 hours) and careful deliberation. Even if you don’t agree with their decision to acquit George Zimmerman on all charges, they did what they thought was just, unbiased, and right.

For someone in the public spotlight to say such disgusting and insensitive words baffles me. Roddy White is paid a lot of money to be a role model, to entertain, and to bring joy to football fans. He may not be able to take his stupidity back but he can surely apologize for it. An appropriate punishment, in my opinion, would be to take classes on mental illness awareness. Roddy White, take some responsibility. Take some initiative. Hate and fear governed hearts and minds the day Trayvon Martin lost his life; if we respond to it in kind, hate and fear will govern our hearts and minds today, everyday, and in all the days to come. We’re better than that. Let’s show it.

Update: NBCSports stated: “There’s a lesson here about making public statements while still emotionally riled up, even if you can understand and/or empathize with the anger of the person making it. Inviting other people to kill themselves for fulfilling a civic obligation because you don’t agree with their decision is a bad road to go down and the light of day seems to have reminded White of that fact,” and reports that Roddy White tweeted an apology. You can read more http://profootballtalk.nbcsports.com/2013/07/14/roddy-white-apologizes-for-post-zimmerman-verdict-tweet/